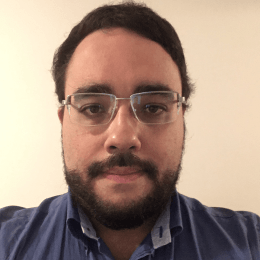 Vinícius Rodrigues Vieira holds a doctorate in International Relations (Nuffield College, University of Oxford, 2015) and a M.A. in Latin American Studies (University of California, Berkeley, 2010). He has a B.A. in Journalism from the University of São Paulo (2007), where he is currently a research associate at the Center for the Study of International Negotiations (CAENI) and was a Visiting Professor (2017-2020) and a Post-Doctoral Researcher (2015-2017). Dr. Rodrigues Vieira attended Yale University (2012) as an exchange scholar at the Department of Political Science. At Princeton University, he was a Fung Global Fellow (2016-2017). Between 2015 and 2017, he also held a Non-Resident Fellowship at the Institute for Advanced Study, Princeton. Dr. Rodrigues Vieira has served as the secretary of the research committee on International Political Economy of the International Political Science Association (IPSA) since 2015 and contributes regularly to the blog Entendendo Bolsonaro. He also teaches Economics and IR at the Armando Alvares Penteado Foundation (FAAP) and the FGV Executive MBA programs.