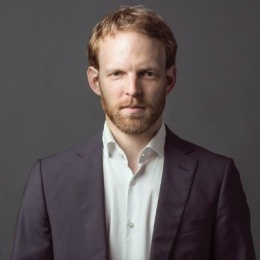 Oliver Stuenkel is an Associate Professor at the School of International Relations at Fundação Getulio Vargas (FGV) in São Paulo. He is also a non-resident scholar at the Carnegie Endowment for International Peace in Washington DC, a non-resident Fellow at the Global Public Policy Institute (GPPi) in Berlin, and a columnist for Estado de São Paulo and Americas Quarterly. His research focuses on geopolitics and global order, Brazilian foreign policy, Latin American politics and emerging powers. He is the author of several books about geopolitics, including The BRICS and the Future of Global Order (Lexington, 2015) and the Post-Western World: How Emerging Powers Are Remaking Global Order (Polity, 2016). The Second Edition of The BRICS and the Future of Global Order was published in February 2020.

'The BRICS and the Future of Global Order' was published in Portuguese (BRICS e o Futuro da Ordem Global) by Editora Paz e Terra and in Chinese (金砖国家与全球秩序的未来) by Shanghai People's Press in 2017. 'Post-Western World' was published in Chinese (中国之治终结西方时代) by Beijing Mediatime and in Portuguese  (O Mundo Pós-Ocidental) by Editora Zahar.  From 2016 to 2019, Oliver directed an oral history research project that records in-depth interviews with former Latin American presidents, foreign ministers and leading diplomats. He is currently writing a book on the geopolitical consequences of the growing technological competition between the United States and China.

Aside from his academic research, he has written op-eds for newspapers and magazines, including Foreign Affairs, Foreign Policy, New York Times, Financial Times, Mail and Guardian, Frankfurter Rundschau, Times of India, The Hindu, La Nación, Folha de São Paulo, Valor Econômico, O Globo and Estado de São Paulo. Between 2016 and 2021, he was a columnist for EL PAÍS.

Oliver holds a B.A. from the Universidad de Valencia in Spain, a Master in Public Policy from the Kennedy School of Government at Harvard University and a PhD in political science from the University of Duisburg-Essen in Germany. Oliver speaks Portuguese, Spanish, English, German and French.